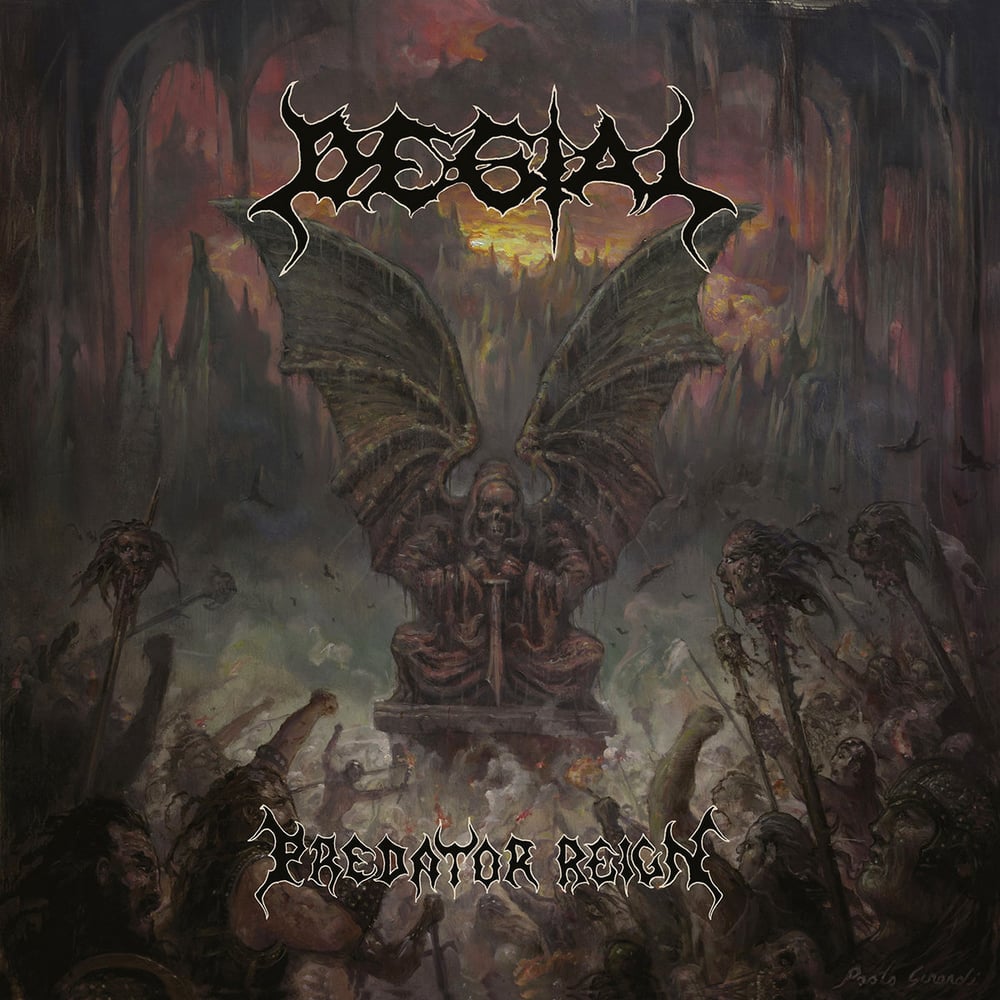 In times when the renunciation of the origin is fashionable and dilutes its essence, Degial comes and redifenes the abominable sacred core of DEATH METAL! After the successful debut ›Death’s Striking Wings‹ in 2012 and the praised sophomore album ›Savage Mutiny‹ in 2015 they return with their most violent & merciless album in their carreer.

›Predator Reign‹ is an intonation of the devil’s wrath and it is a lesson in how Death Metal has to sound and how it is to be presented. A 39 minutes ride of perfectly skilled and performed furiousity. A top notch production by Mersus in the Underground-Studio and a straight but bewitching artwork by Paolo Girardi and Erik Danielsson leave no questions unanswered. Gasp for air within a pure maelstrom of crushing riffs, drum-explosions, solo-shredding and bestial vocals. Moreover among all this madness the band is still able to create mindripping harmonies that will haunt your dreams.

While others try to get rid of the danger and violence in the devil’s music, Degial let in all the murderers, the ancient ones, the morbid angels & the possessed slayers and spit out sheer terror & destruction. Where others nightmares end, Degial begin. So bleed for the devil. With albums like ›Predator Reign‹ he repays thousandfold. Godspeed, life and light. Welcome death and night!