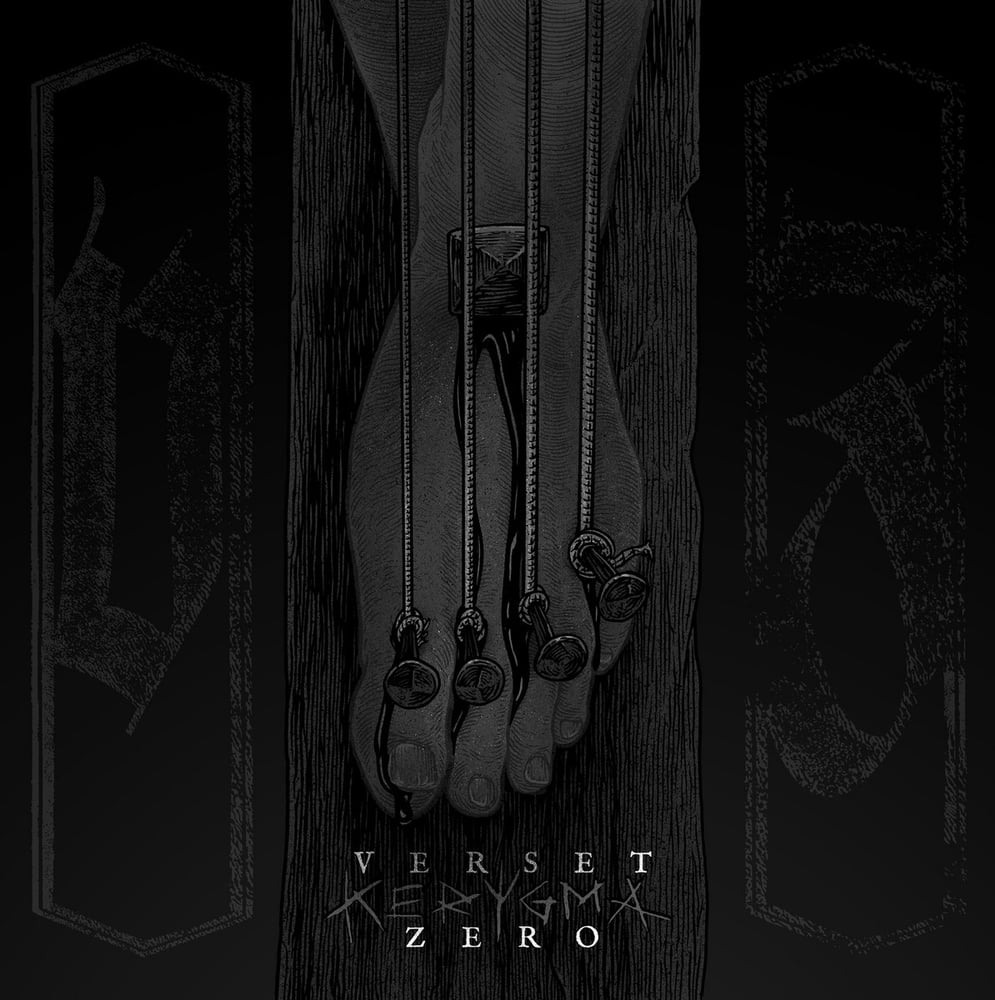 The fruits of over a year of work, Verset Zero’s album “Kerygma” will be released on the 24th November. A symbol of distant chaos, fratricidal wars, religious dogma and pure violence this concept album strangely echoes our current, dark period. An homage to the uncertain and evil future we blindly head to.
′′Kerygma′′ symbolizes Verset Zero’s desire to move away from the traditional electronic music of his beginnings toward a universe influenced, according to his words by noise, doom, pagan and black metal; Emperor, Windir, Sunn O))), The Body, Full of Hell, Amenra, & Neurosis.