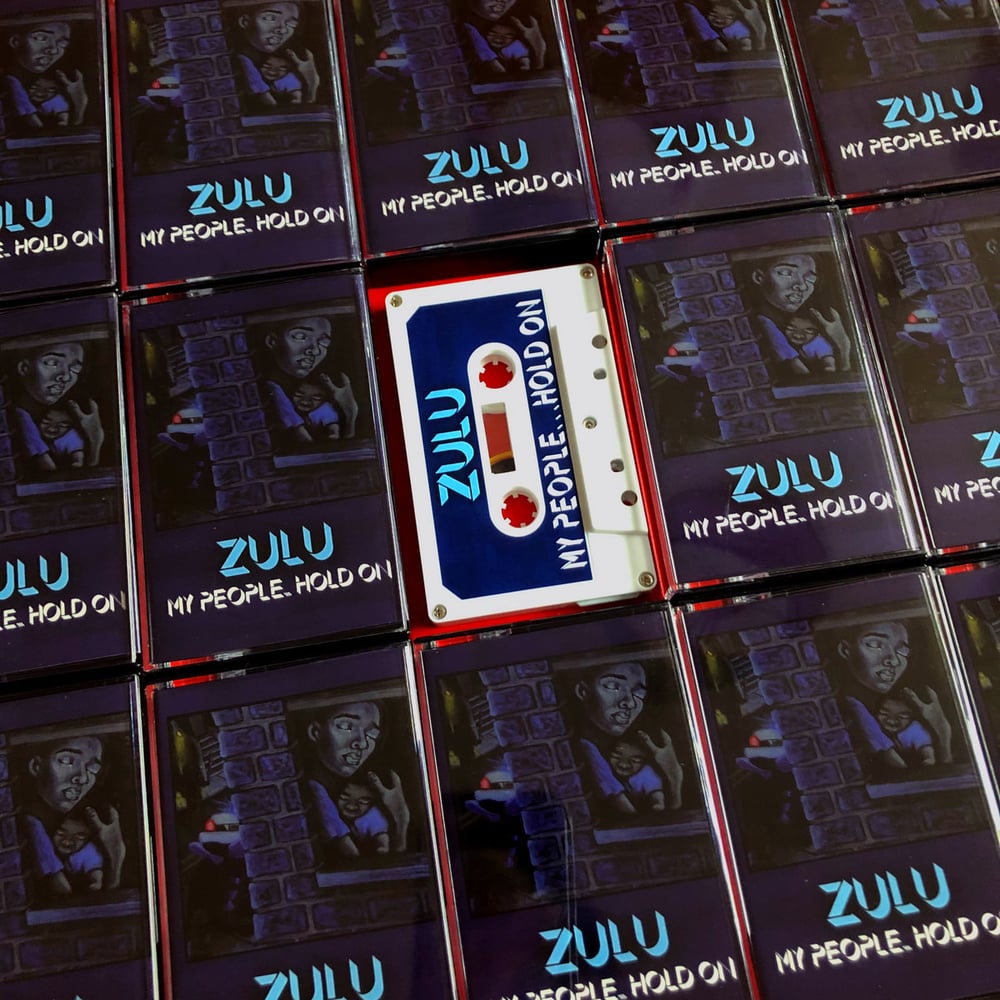 My People...Hold On EP is Zulu’s follow up to 2019’s phenomenal Our Day Will Come and sees Anaiah Lei’s musical prowess and lyrical urgency only grow onwards and upwards. Anaiah wrote and performed most of the tracks, as seen in the debut release. This time however, different voices are given platforms such as on Blackcurrant, where we hear the racist and sexist everyday experience of black women in the form of a striking poem read over a piano accompaniment and magical chimes written and performed by Aleisia Miller. Zulu continue to turn the powerviolence genre upside down, Now They Are Through With Me, sees classic blastbeasts matched with dissonant chord beatdown sections, a hardcore drumming solo and finished with a sample of Eddie Kendricks’ My People Hold On. To say each song is a musical and emotional ride is an understatement and you will find yourself listening repeatedly and noticing different elements each time.

Lyrically, songs centre around calling out the hypocrisy of people who are only interested in performative justice and don’t actually do anything to help change things for black people, such as in Do Tha Right Thing (And Stop Frontin’)

It's up to you
And you alone
Make that change

The frustration is palpable, and as some turn back around after posting a few black squares, Zulu is holding hardcore punk accountable to remind us this struggle is still here and up to all of us, and in times of hopelessness, they call for us to keep up the fight.